With the always mellifluous Firefly, and the tastefully restrained anubot

Some great work from Ahmed and AndyMac

Really wonderful noises from my friends up the street!

Jam with the short handles! Had some very special moments with cng303 (Chris Ng ) and mng (Mongi)

These moments appear fleetingly and then morph and twist into new shapes in a matter of mins.

I captured these a few mins apart.

This guy changed everything for me.

While your there … Check out ALL HIS VERY XLNT STUFF

Really this is just about seeing what’s available in the new QuickSampler in LogicX, and as far as this tricks concerned, its pretty primitive compared to SOME of the tools out there, but given you can lock the loop lengths and start points to quantise values, it lets you do some fun stuff!

Start and Loop start to the same CC and Loops End to a second CC.

The session was about an hour of absurd noises and some fun, it was an honour and delight to be involved …

I need to point out this was a collaborative effort, so also very much involved were: Jim Mclure, Rick Sands, and Jeremy Michael Skjevling.

Got asked, so…Setup was: OBS  collecting my 2 vid streams  (laptop and Phone cameras) and intercom audio sending via Google Meet to the very gracious Matt at Endlesss, then music via Ableton Live ‘blackhole’d‘ to the amazing @EndlesssFM Studio, synching all the audio from the UK and USA to me. My Toys were a few NI soft synths, a Microfreak, with a tokai tele and a stingray bass via GtrRig.

*For No Fucking Reason

is a mesmerising art project, that also happens to be quite amazingly fun to make sounds with. 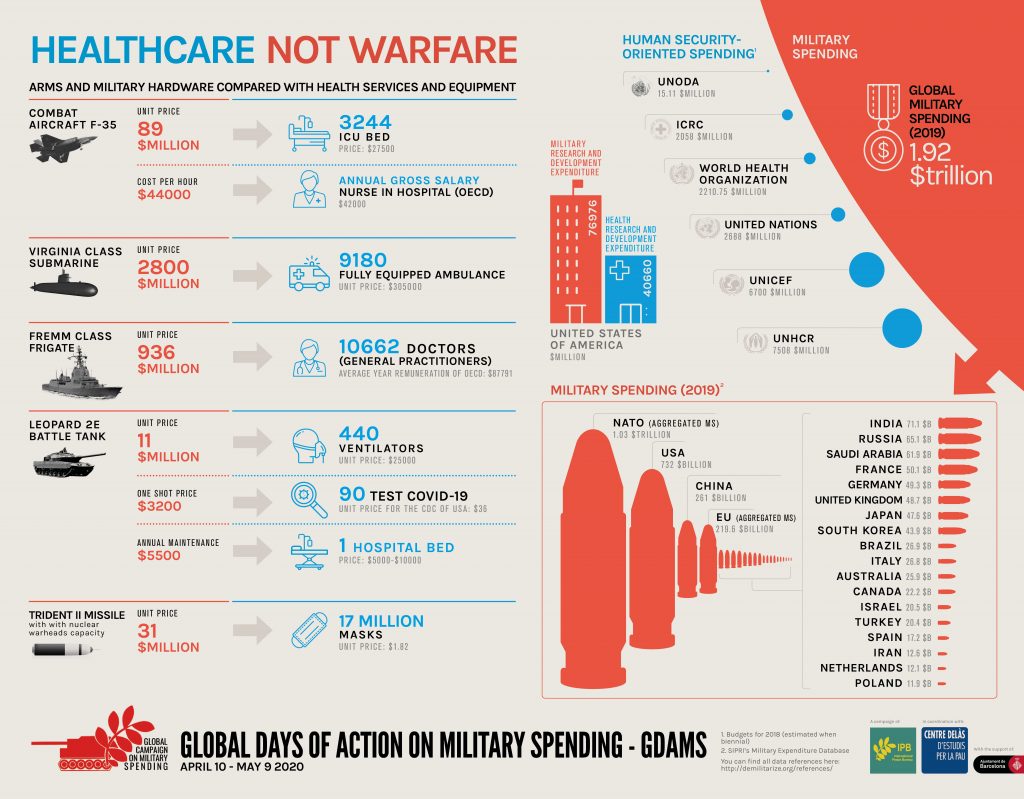 A little over two years ago… Its great what you can do with friends!

Dear all, For several weeks now we have been living through a particularly difficult and tragic period with the global pandemic that is directly affecting us. This situation is upsetting our perceptions, our habits and our certainties. It is at the same time a radical and unexpected questioning of social, economic and spatial models and the revelation of the world from unsuspected angles that may open up some perspectives for reflection and action for future transformations as for an analys of this situation. The action proposed aims to set up a world observatory based on sound, of which cartophonies.fr is one of the tools.

Sound is an important revealer of moods for some of us. The objective is to understand how our environments and the ambiences we experience change as a result of changes brought about by confinement. However, we all live in very different places, in particular neighbourhoods and under specific conditions, confined for many of us, we are confronted with living the ambiences in a new way. Our windows, balconies, loggias and terraces, if we have them, become one of the modes of immediate contact with the outside world, that of our neighbours and of the city, just as for those who live in the city, windows and balconies become remarkable transmitters. Since March 30 we have already proposed to our fellow researchers in the AAU laboratory to make simultaneous sound recordings from their windows open to the outside on specific days and at specific times to create a coordinated corpus of recordings from this direct interface between our confined interiors and the hollow city.

Therefore this call is addressed to all of you who are interested in these phenomena to participate in a global observation from their windows, balconies, loggias and terraces if they have them where they live, by recording 4 minutes 33 seconds of their sound environment at precise times (local time: 8am, 11am, 2pm, 5pm, 8pm) over one day on APRIL 19, 2020, all or several of these hours. The duration of 4 minutes 33 seconds refers to John Cage time during which a performer plays in silence for four minutes and thirty-three seconds, this duration is actually made up of sounds from the environment that the listeners hear or create when the piece is performed. Silence” is therefore a moment of listening, and our cities have become a different kind of listening material during this crisis.

All these recordings can be compiled on the “cartophonies.fr” website provided that they are : -geolocated gps under the mode 45.8790 / 7.98789 – .wav format or equivalent, sampling if possible 48Khz, stereophonic is better -attach one or more photos of the situation (no video), looking out from the inside -precise the recorder and microphone used, avoid non-stereophonic smartphones -give the location of the microphone (height, position in relation to the window or balcony, facade) -Record a short observation specifying the moment experienced and the remarkable differences with the situation before this crisis (customs, sound composition, link with other senses, weather of the moment, …), The notes can be written in french, english or spanish You can go to www.cartophonies.fr to see how to file a sound and what information is required.

To deposit a sound it must have an url address for it, otherwise you can send them by specifying in the filename your name and the recording time to : cressonwinterschool@grenoble.archi.fr Yours sincerely, hope you are well Grégoire Chelkoff ENSAG Professor / Researcher CRESSON AAU

I wonder if its possible for us to all ‘donate’ our unused mobile data to go toward helping families that need it for home schooling.

There are a lot of households who do not have decent web access outside of mobile data.

Most families will have a mobile phone that can tether, but the data is expensive, perhaps more than some families may be able to afford.

Meanwhile, the rest of us are at home, not using our mobile data that we pay for with our plans.

I wonder if its possible for us to all ‘donate’ our unused mobile data to go toward helping families that need for home schooling.

This would mean the carriers and the department of education need to talk about the families who need this help (usual more remote households or communities.

Who do we talk to?

Going through my drive throwing various pointless experiments that I can’t even remember WHY I did them, out so …

Have real time control over the accent pattern on a repeating 16 step riff, allowing you to make it into a dynamic performance rather than a static loop.

The Riff keeps the relative position of the notes constant, while the Euclidean Rotator allows shifting the accent pattern to ‘pick out’  different notes in the 16 step pattern.

So it triggers every step

Now, use the Shift Sequencer to set up a repeating pattern you like

Now try lowering the Fill to a value of 10 and hear how notes in the sequence are now being picked out so only 10 of the 16 steps are being heard, note, the Sequence is still playing the same notes at the same point in the bar.

Now try altering the STEPS counter and the FILL amount and see how the Dynamic pattern now evolves over several bars, but the riffs notes are still positioned in the original point in the bar. (so you can have a set melodic pattern that rhythmically is shifting the accents)

Quick guide to the GUI below

1 Triggers the step rate of the Shift Seq

6 Triggers the rate of the Euclidean Rotator

1 controls a fast timbral sweep on the DWG

2 controls a slower timbral sweep on the DWG

3 Controls a change in the MIX of the DWG outputs

4 controls the Level of the LPG so can be thought of as the AMP ENV.

Mod-Wheel controls the Decay of the LPG and its output level and brightness, as well as changing the delay balance.  (signal will be heard if the clocks are running and Mod-Wheel is up)

To take things up a notch, use the RANGE controls in the Shift Sequencer to alter the octave and holds or notes to provide even more weirdness, or change the Shift Seq Clock rate, or…

“Wow, nice idea but I hate the synth” I hear you say?

its Easy and Very stylish!

Exploring the touch response of the MicroFreak. Tip of the hat to the boggling Jon Hassell.

All part of the 1 pass, no edits and 3 mins to make the sound series

It seems the NZ police are brilliant.

So, Sitting around Self Isolating …
Thought id teach myself Ableton LIVE

Made this track using its 909 kit and an Arturia MicroFreak.
Excuse the less than inspired drum part, got lost in the Synth:+)
To make things interesting, made some rules:
All sounds from Default on the micro freak had to be made in less than 3 mins and the parts had to be played in with no edits.

By request. the no crappy beats version, you can REALLY hear the bad playing now!:+)

for absolutely NO reason…

So continuing the pointless Squoinks…

Something caught in my throat.

Been playing with the @ArturiaOfficial #MicroFreak. Its FUN. Its Bonkers Fun.

Sadly it also has a very unappealing digital ‘noise’ (a friend referred to it as “DigitalHash’) so more delicate sounds are not really viable, but cranked up its pretty bloody usable.

Its quite an interesting cross between ya bog standard 1 Osc subtractive, and something more modular with some west coast elements. Consequently as a sad old synth geek, it’s quite interesting. The conductive pads that respond polyphonically are really what made me get this as it seems like an interesting controller for future projects regardless of its own synth engine. Anyway, its a hilarious machine for creating riffy ‘acid’ type synth loops. So I’ve been reliving my 90’s dance producer life, and wishing i’d had one of these back then.

@beneltham Option 2. Use the army for civil defence/support roles. Cancel the subs jets and tanks and use the $BILLIONS for health and education ?

@CaraMia200 She blocks pretty much anyone that raises an issue about her approach. Classic narcissist.

@nadinevoncohen Standing there, being a Grinch, pointing out the amount of human suffering their 1gm represented.

@larissawaters Thank you for your work.